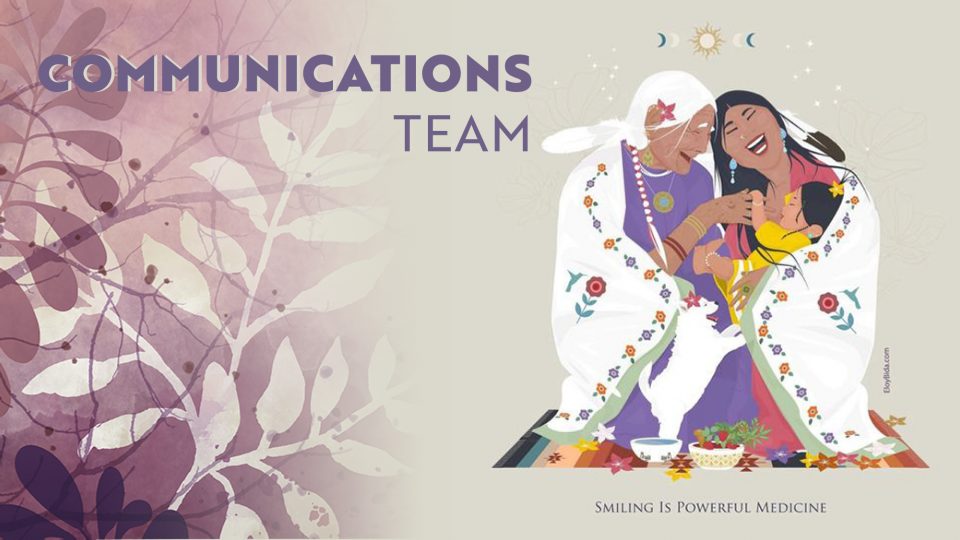 The Communications Team helps to advance the work of the Native Women’s Association of Canada by showcasing individual projects and initiatives, by continuing to advocate for the rights of Indigenous women, and by engaging with NWAC’s broader community across Canada.

Much of August was dedicated to calling upon the federal government to negotiate the return of Dawn Walker to her home, here in Canada. In early August, we issued a press release urging the return of Dawn Walker to face her charges of parental abduction and public mischief in her home country, which was also published in French. Shortly after, Dawn Walker was returned to Canada, and NWAC issued a public statement—both in English and French—expressing gratitude for her return home. President Carol McBride made a statement explaining why it was so important for Dawn Walker to be returned to Canada: “There are legal rulings in this country that Ms. Walker can rely upon as she deals with the charges laid against her.”

Michelle O’Bonsawin, an Abenaki member of Odanak First Nation, in becoming Canada’s first Indigenous Justice of the Supreme Court. The statement can be read in French.

Engaging with our grassroots community is important to us. One of the vehicles we use to do that is social media. By expanding our followers and by reaching new audiences, we are able to raise further awareness and leverage support for NWAC’s efforts. For example, over a 28-day period in August alone, across all our social media accounts—Facebook, Twitter, Instagram, and TikTok—NWAC gained over 2,000 new followers and reached 805,652 accounts over a 28-day period.

This month we added to our social media initiatives by launching a TikTok profile, which has already shown impressive growth. We also created a LinkTree account, which acts as a media hub linking all our accounts and resources, including links to our website, our videos, the President’s Corner, our online art gallery, our magazine Kci-Niwesq, our newsletters, and other initiatives and reports.

Be sure to follow us to stay up to date on all of NWAC’s initiatives and updates! You can find us on Facebook, Twitter, Instagram, and TikTok. And check out our newest resource, LinkTree!