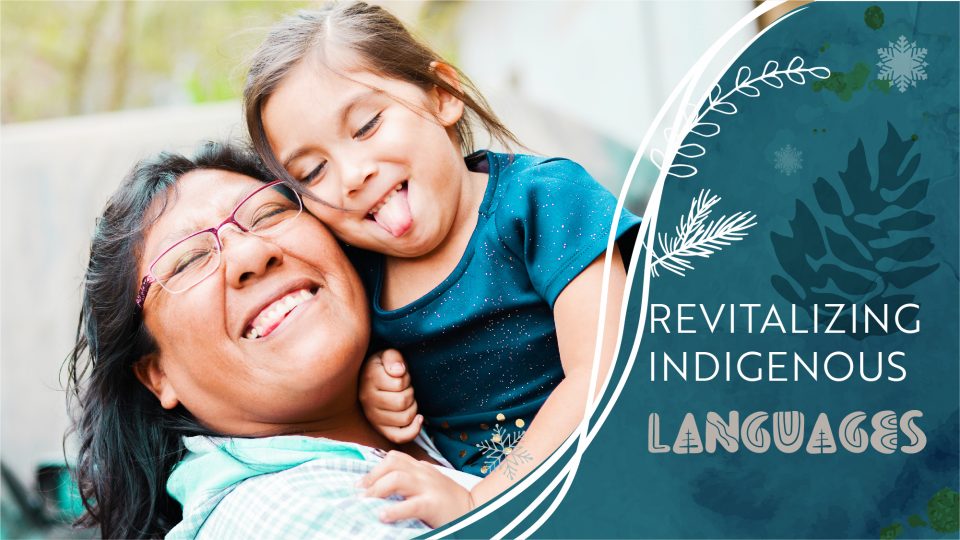 The Social Development Team is sourcing various avenues, such as unexplored mythologies, the Truth and Reconciliation Commission’s calls to action, the knowledge and teaching of our Knowledge Keepers and Elders, in our work to revitalize Indigenous languages. As always, the perspectives of Indigenous women, girls, transgender, 2slbgtq, and gender-diverse individuals inform this work.

Currently, we are focused on three main language streams (and their dialects): Algonquin, Métis, and Inuit languages. We will be holding language workshops and other types of sessions to engage and harness individuals and communities.

NWAC recently received funding for a project focused on traditional language, culture, and intersections with 2SLGBTQ+ identity. This project started in October and will be completed in March 2023. The aim of the project is to develop new online learning resources that will increase knowledge of the history of Indigenous 2SLGBTQ+ peoples in Canada. Through a virtual engagement session, Indigenous people from different generations will be engaged to share their knowledge and experiences related to 2SLGBTQ+ identity, traditional language and culture, and how these intersect. The project will also elevate the voices of Indigenous 2SLGBTQ+ youth, Elders, and Knowledge Holders, and improve knowledge and understanding among Canadians.

To date, we have held 24 three-hour language workshops, which have been well attended. Participants have made traditional items during the course of learning and practicing Michif, Algonquin, and Inuktitut languages. Highlights and outcomes of these workshops include the following:

In December, we will be delivering five workshops on the Anishnaabemowin language (three sessions for adults and two sessions for moms and children).

On 8th of November, we commemorated the National Indigenous Veterans Day at Social, Cultural, and Economic Innovation Centre.

It was a heartfelt day, and many staff members attended the event in-person and virtually. We laid the wreath from NWAC at the Indigenous war memorial in Ottawa.