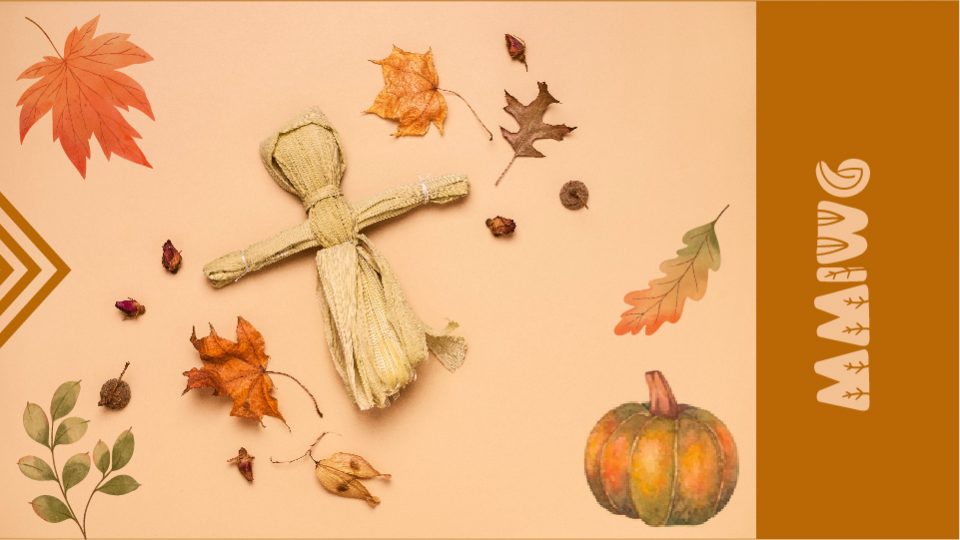 NWAC’s MMIWG department was very busy in September and October overseeing two major projects, the Sisters in Spirit annual vigil and the launch of the Safe Passage website.

On October 4, we held the 19th annual Sisters in Spirit vigil—the first in-person vigil since the start of the COVID-19 pandemic.

In partnership with the YWCA, NWAC hosted 55 YWCA members from across the country at our head office in Gatineau, Quebec. We gathered together, feasted, and participated in a Faceless Dolls workshop and Sisters in Spirit poster-making session. The evening began with an opening prayer from an NWAC Elder and then an impactful speech from NWAC President Carol McBride. The president spoke of the immediate action that must be taken to implement the National Inquiry’s 231 Calls to Justice to end all violence against Indigenous women, girls, Two-Spirit, transgender, and gender-diverse people.

With candles and Sisters in Spirit posters in hand, approximately 100 NWAC staff, YWCA members, MMIWG2S+ families and community members, and allies walked from NWAC’s head office to Parliament Hill at 6:30 p.m., where a vigil was held. YWCA Executive Director Raine Liliefeldt opened the vigil with a moving reminder about the importance of allyship and reconciliation. Following Ms. Liliefeldt’s remarks, a traditional Anishinabe-Kwe song was performed by local Indigenous youth. The vigil closed with a prayer from an NWAC Elder and the release of 100 white dove balloons into the night sky to symbolize the almost 4,000 missing and murdered Indigenous women and girls.

In addition to the in-person vigil, the MMIWG team had also coordinated the shipment of Sisters in Spirit kits to organizations across the country that were conducting their own vigils.

On October 4, we also launched an updated Safe Passage website.

Along with the existing MMIWG2S+ map and reporting tool that tracks the number of MMIWG2S+ cases across Canada, the revised site features a new “Unsafe Encounters” reporting tool. The tool was added to monitor ongoing safety concerns. A new community resource map shows safety resources by type and region across the country in an effort to prevent some of the violence that Indigenous women, girls, Two-Spirit, transgender, and gender-diverse people experience.