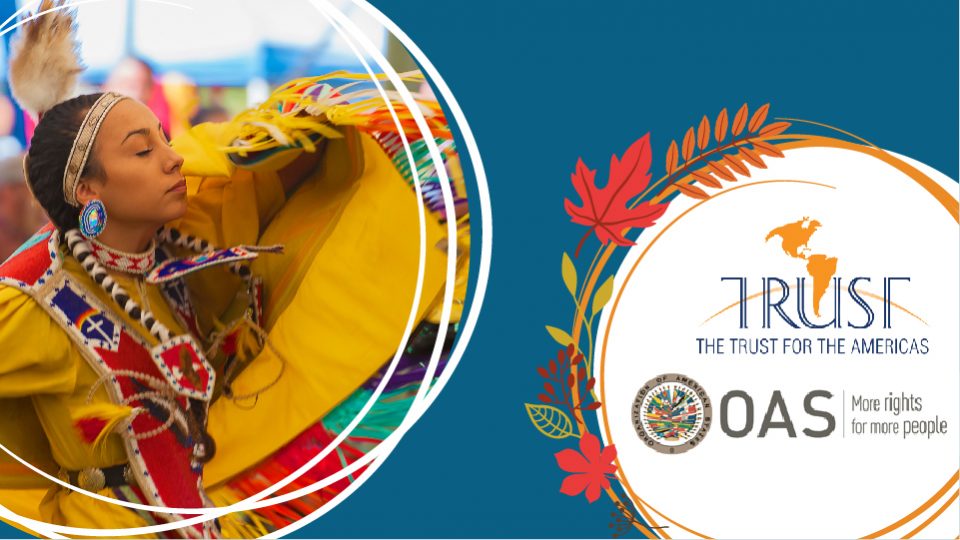 NWAC has entered into a powerful new partnership with the Trust for the Americas and the Organization of American States (OAS). The joint announcement took place on September 28, 2022, from Washington, DC, and Gatineau, Quebec—two days before the National Day for Truth and Reconciliation.

The new POETA DigiSpark Canada Project (POETA stands for Partnerships for Economic Opportunities through Technology in the Americas is the Canadian launch of a digital skills training initiative for Indigenous Peoples in this country. As a tool to help end the economic marginalization of Indigenous Peoples in this country, the project addresses one of the Calls for Justice identified by the National Inquiry into Missing and Murdered Indigenous Women and Girls (MMIWG) in its Final Report.

By federal government estimates, there will soon be 8,000 vacancies in the technology sector.

Lynne Groulx, NWAC’s Chief Executive Officer, who joined the Washington, DC, announcement of the launch of the Canadian project virtually from Gatineau, Quebec, indicated that only 2.2% of workers in the tech workforce in Canada are Indigenous. “This is unacceptable. We need to urgently fill this gap. We need to take concrete action such as this project to end economic marginalization,” she said.

The POETA program started in 2004, followed by the POETA DigiSpark project in 2012, and now operates in Argentina, Brazil, Chile, Colombia, Mexico, Peru, Puerto Rico, and Uruguay. The Canadian pilot project marks the first time that POETA DigiSpark will be run with a partner in Canada. NWAC was chosen to be the local Canadian partner.

Training will be offered out of NWAC’s new Social, Cultural, and Economic Innovation Centre in Gatineau. It will also be offered remotely so that those living outside the National Capital Region can take part. Upon completion, participants will receive a certificate of competence.

In his closing remarks at the launch announcement, Luis Almagro, Secretary General of the OAS, stated: “According to the American Declaration on the Rights of Indigenous Peoples, I see how this project targets critical issues that affect indigenous Peoples in the hemisphere. The success of the project should become an example to achieve inclusive, sustainable, social, and economic development with indigenous communities and the region as a whole.”

This is the meeting room at NWAC’s Social, Cultural, and Economic Innovation Centre that will be used for the POETA DigiSpark Canada Project.

Screenshot of the official announcement on September 28.