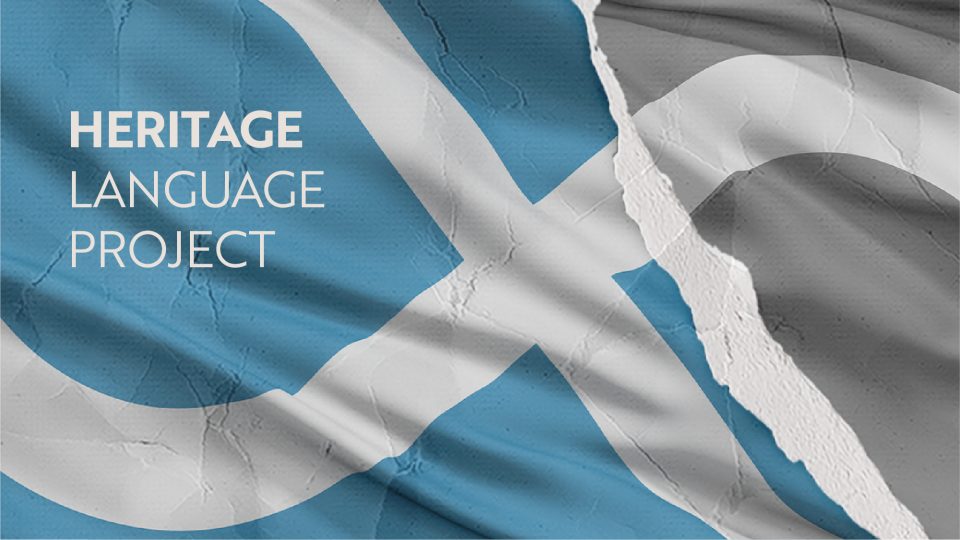 Marie Schoenthal is a Heritage Michif Language Keeper who continues to share her experiences and her culture with the Native Women’s Association of Canada through published YouTube videos, funded by Heritage Canada. Marie’s native language, referred to as the Classic Michif, derives from the Cree and French languages and is mostly spoken by Métis people. The 84-year-old Red River, Manitoba, native remembers speaking heritage Michif in her home and community when she was a child.

When she began elementary school at age six, Marie remembers being embarrassed that she could not speak English. Her classmates made fun of non-English speakers, and the teachers made it clear that only English was to be spoken in the classroom. Marie said, “I was intimidated at school and then became so ashamed of my culture” due to being forced to adapt to Euro-Canadian society.

Now a grandmother who has lived in Alberta for most of her adult life, Marie used to conceal her identity from coworkers and the community. She said that “she wanted to be known as anything but Métis.” Marie admitted she even referred to her children as German because her father-in-law was of that background. She assimilated with Western society, losing her Métis identity, in order to escape the judgment of society. With her family’s support, Marie Schoenthal is now breathing life back into heritage Michif. She no longer discounts the importance of her culture.