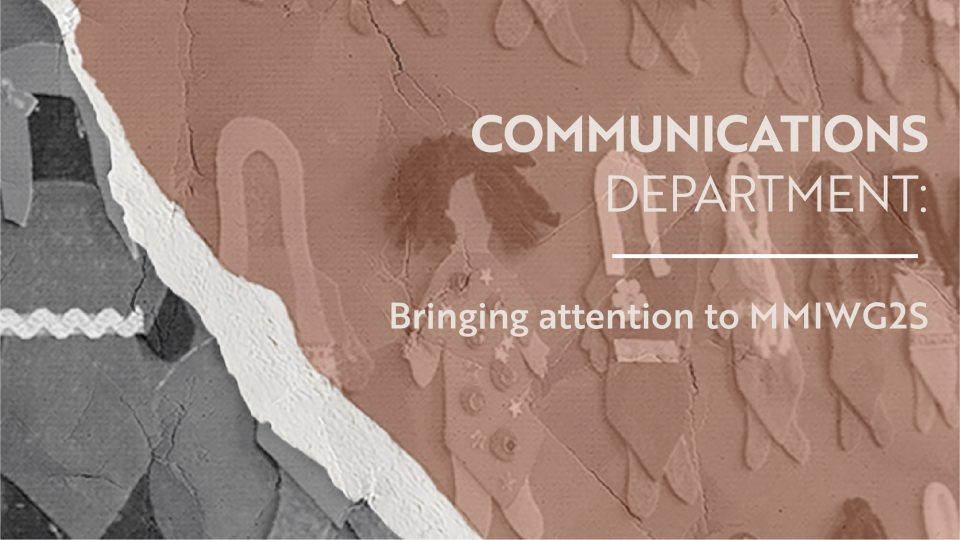 This month, the communications team launched a far-reaching social media campaign to bring attention to the crisis of missing and murdered Indigenous women, girls, and Two-Spirit people (MMIWG2S).

In this campaign, NWAC partnered with Facebook's Metaverse to launch an augmented reality 3D filter for photos on May 5, known as Red Dress Day. Through this partnership, NWAC’s Instagram channel has become a permanent host for this filter, which enables social media users to digitally place a red handprint over their mouth—a powerful symbol showing solidarity with MMIWG2S.

Our organization has also partnered with TikTok to commemorate Red Dress Day and honour the lives, memories, and communities of MMIWG2S —

During the month of May, the team produced the 11th edition of Kci-Niwesq, NWAC’s flagship magazine.,. We explored the lives of women in the North and featured an interview with Her Excellency Mary Simon, the Governor General of Canada.

The communications team also polished and packaged a wide range of publications and marketing material to support the ongoing projects of the other departments. These include reports on the Indigenous Artisan Women’s Business Network, content on the Faceless Doll Project for Amnesty International, posters to promote several workshops and webinars organized by NWAC, and a report on recommendations for Indigenous housing strategies.