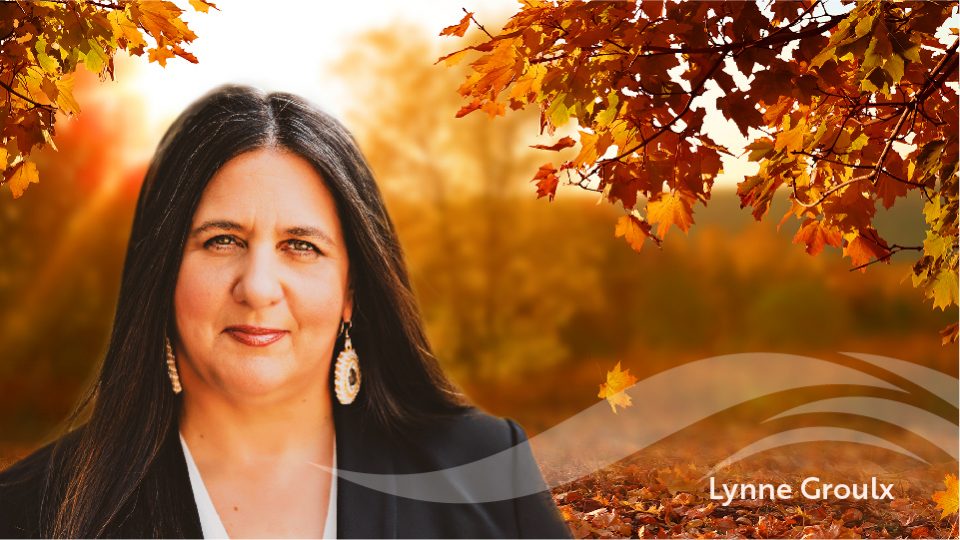 To mark the first real-time vigil in three years, more than a hundred people, including YWCA members, joined Carol McBride, president of the Native Women’s Association of Canada, on October 4. With candles in hand, participants walked from our new head office in Gatineau, Quebec, to Parliament Hill, where they released 100 dove-shaped balloons into the night sky.

NWAC started the Sisters in Spirit vigils in 2006 in honour of the thousands of missing and murdered women, girls, and Two-Spirit people in Canada. That we were finally able to hold a live event since the beginning of the pandemic is doubly significant in light of the tremendous work that NWAC is doing to address the economic marginalization of Indigenous women.

At our Social, Cultural, and Economic Innovation Centre in Gatineau, which played host to a Faceless Dolls workshop prior to the walk, NWAC is building a micro-economy of artisans. The boutique on the ground floor, which features Indigenous items from women across Canada and the Americas, is a hive of activity—a clear example of the success of NWAC’s efforts to support our membership. Along with specialty items like the Reconciliation Coffee blend offered at the café, workshops continue to be popular and both government departments and private-sector companies have been booking meeting space at the centre.

The most recent partnership we entered into with the Trust for the Americas and the Organization of American States to launch a digital skills training initiative is another concrete example of NWAC’s efforts to give Indigenous women the training they need to become self-sufficient.

NWAC is working hard to not only end the economic marginalization of Indigenous women and transgender people through social innovation and our #BeTheDrum program. We’re also focused on ending violence against Indigenous women. That’s why NWAC is standing behind the Indigenous woman facing criminal charges here in Canada and the U.S. for allegedly abducting her child.

And, of course, NWAC continues to advance the work we are doing in the areas of water and biodiversity conservation, climate change policy, the need for culturally relevant gender-based analysis in Indigenous research on renewable energy and health issues, and preserving Indigenous culture and languages. These are all critical issues for Indigenous women and transgender people.

This issue of Shining the Spotlight carries stories on our latest work in all these areas … and more.